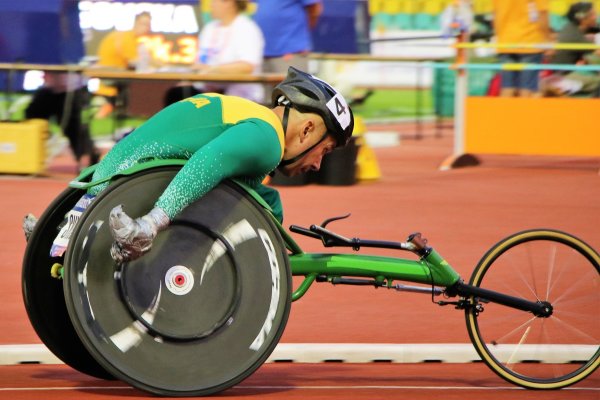 “We’re happy to be meeting our partners’ expectations and moving in the right direction. Partnership with Euloto has allowed us to increase financial support for athletes by 70% this year. We’ve also started several new sponsorship programmes for individual athletes and clubs. That lets athletes travel to more competitions. Those in athletics, for instance, are going to the Grand Prix in Germany – a good test of strength before the European Championship. Without our partners’ help, all this simply wouldn’t be possible,” said Mr Bilius, the head of the Lithuanian Paralympic Committee.

“The purpose of lotteries is not just to provide entertainment, but also to give people the chance to contribute to financing things that are important for society. Encouraging support for sport is part of our job, so teaming up with the Lithuanian Paralympic Committee is very important to us. During our first years of partnership we were able to support the important work that the Lithuanian Paralympic Committee is doing. I’m happy we could be part of that. We will continue to contribute to the success of the Paralympic Movement and the promotion of sports for people with disabilities,” said Mr Lebedžinskas, the head of Euloto.

At the start of 2018, the Lithuanian Paralympic Committee confirmed two lists of athletes whose training and participation in competitions will be financed with money from the new sponsorship programmes. Each list includes 10 of the country’s most skilled and high-potential athletes. In addition, for the first time, the Lithuanian Paralympic Committee has begun an incentive programme for clubs. It has also launched a sponsorship programme to which any athlete or club can apply for financial support. The total value of these projects is 73,000 euros.

We want to inform you that this site uses cookies. If you agree, please click on the "I agree" button or browse below. More info on the cookie settings page.

Marketing cookies are used to track visitors across websites. The intention is to display ads that are relevant and engaging for the individual user and thereby more valuable for publishers and third party advertisers.